The U.S. is among the global leaders in installed wind energy capacity, but as a new study by CEnREP researchers highlights, offshore wind resources have not yet been harnessed in the U.S.

A frequently noted impediment to offshore wind development is the vocal concern by coastal communities that offshore wind farms will alter ocean views.

CEnREP Director, Laura Taylor, and coauthors Sanja Lutzeyer and Dan Phaneuf, wanted to explore this question and understand how a utility-scale offshore wind farm could impact coastal tourism.  In particular, the researchers were interested in how families who rent vacation properties along North Carolina beaches would react to a utility-scale wind farm placed at the beach by their rental.

To find out, Taylor and coauthors surveyed people who had just rented a vacation property along the N.C. coast. As part of the survey, respondents were asked whether or not they would re-rent their vacation property if the view over the ocean included wind turbines.  Respondents were shown digitally altered photos that included either 64, 100 or 144 turbines placed 5, 8, 12, or 18 miles out to sea (see below for examples).

The results were surprising.

Eighty percent of respondents would either not come back to the same vacation spot if turbines were built offshore, or said they would require such large price discounts to re-rent at the same location as to be unrealistic.

“We were somewhat surprised about the strong dislike for viewing turbines from their vacation rental properties, especially given the large majority of respondents said they supported wind energy development,” said Taylor.  Specifically, 65% of respondents thought offshore wind energy should be encouraged in NC waters after completing the survey, while only 14% thought it should be discouraged.  The remaining 21% were unsure or had no opinion.

A positive story that emerges from the standpoint of wind energy development is that twenty percent of respondents said they would be willing to rent a home at the same location, without any change in price, if turbines were further than 8 miles from shore. “In this case, even though some renters may leave the market, new ones with preferences like this group should fill their places, leaving rents unchanged overall,” said Taylor. However, if 144 turbines are placed 5 miles from shore, this same group would require about a five percent discount in price to come back and rent a vacation house.

“Wind energy creates global public benefits by offsetting carbon-intensive energy sources,” says Taylor, but their study underscores that these benefits can come with local costs. The costs to local tourism-based economies will depend on the proximity of the turbines to shore. For markets that rely on weekly vacation property rentals during the peak season, these costs could be non-trivial if utility-scale wind farms are placed as close as five miles from shore.  “It is important to understand the tradeoffs and engage with local communities in an open manner early in the process. Hopefully, our study will help shed light on potential options that work for both wind energy developers and coastal communities whose economic vitality depends on tourism.”

Sample images from the survey are presented below.  The images were taken off the Town of Nags Head, NC and digitally altered to include 144 wind turbines. 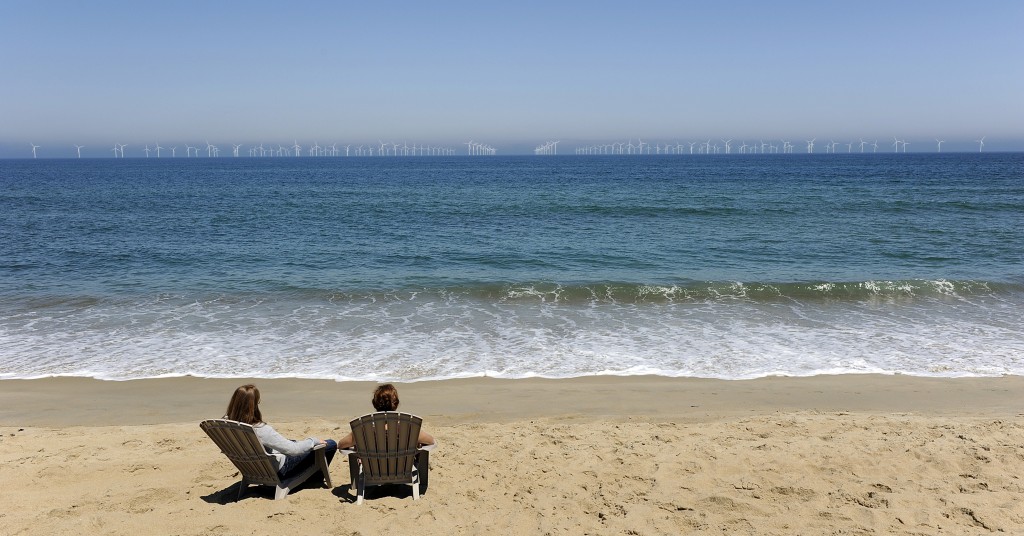 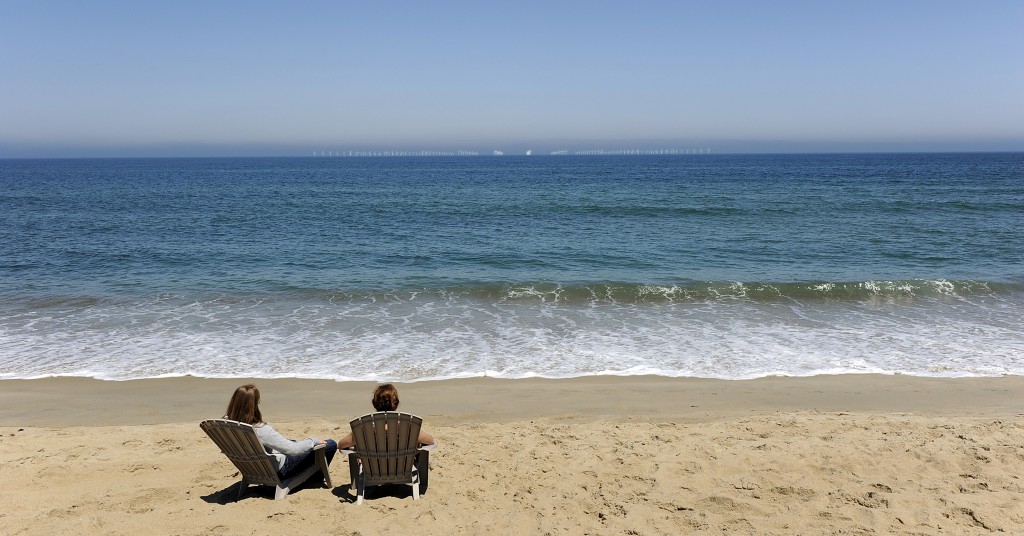