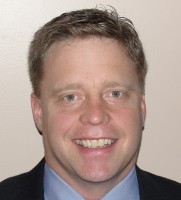 Research by CEnREP alumni Steven J. Dundas, CEnREP Associate Director Roger von Haefen, and Carol Mansfield of RTI International finds that restricting off-road vehicle access (driving on the beach) in Cape Hatteras National Seashore can have significant costs for recreational fishermen, many of whom are local residents who visit the park often for shoreline fishing.  However, the research team also finds that these costs are likely less than North Carolinians’ willingness to pay to protect the endangered species that the off-road vehicle restrictions are designed to help.

The Cape Hatteras National Seashore is a 70-mile stretch of barrier islands along North Carolina’s Outer Banks and one of the crown jewels of the National Park System.  Since its establishment in 1937, the park has attracted millions of visitors, with roughly 2.5 million visiting the park in 2015 alone. One of the most popular activities in the park is shoreline fishing, which often involves driving an off-road vehicle on the beach to access the best fishing sites. 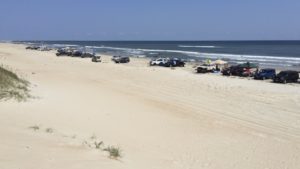 Driving on the beach raises several management challenges for the National Park Service (NPS). By federal law, the NPS is charged with promoting both recreational access and environmental protection on the lands that it manages, and these dual goals often conflict.  In the case of Cape Hatteras, allowing beach driving disrupts nesting sites for several threatened and endangered species such as the piping plover and the loggerhead sea turtle.  Court actions in recent years have forced the NPS to adopt management practices that protect these species.  In 2012, they instituted a series of rules that restrict the timing and location of off-road (beach) driving in Cape Hatteras National Seashore.

Strong local opposition to the proposed off-road driving restrictions led the research team to investigate their economic benefits and costs.  They found that the restrictions would reduce fishermen’s enjoyment of their trips to Cape Hatteras, switch the location of their fishing activity, and take fewer trips.  The researchers computed the economic losses from the fishermen’s likely response to the NPS’s proposed off-road vehicle restriction policy and estimated that the aggregate costs of the policy would range between $0.4 and 2.0 million annually.  These costs are substantial, but the researchers also find that they are likely less than society’s willingness to pay for the endangered species protections generated by the off-road driving restrictions.  The benefits of species protection continues to outweigh the costs when the researchers also incorporate the costs to non-fishermen (for example, surfers) and out-of-town visitors.

Dundas, von Haefen and Mansfield point out that although the costs of the proposed restrictions are relatively large on a per-fisherman basis (and borne heavily by local residents), the benefits are more spread out since the broader population of North Carolina residents, and many others, care about protection of the endangered species present along the seashore.  Research suggests that North Carolinians are willing to pay to protect endangered and threatened species, and even though they may not pay much individually, total benefits become quite large when summed up.