Another casualty of climate change will likely be shoreline recreational fishing, according to new research from North Carolina State University and Oregon State University. The study finds some regions of the U.S. may benefit from increasing temperatures, but those benefits will be more than offset by declines in fishing elsewhere.

“If there are not significant efforts to curtail climate change, we’re looking at declines in recreational fishing participation of around 15% by 2080,” says Roger von Haefen, co-author of the study and a professor of agricultural and resource economics at NC State. 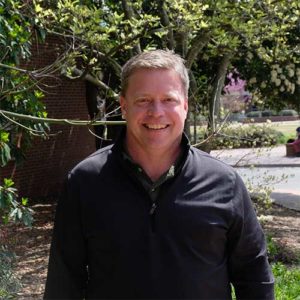 “We also want to stress that this study looks solely at how changes in temperature and precipitation are likely to affect people’s willingness to go fishing from the shore,” von Haefen says. “This work doesn’t get at shifts in fish populations, water quality impacts, or other climate-related changes that could affect recreational fishing demand.”

They found that temperature did affect people’s willingness to go fishing, but that the relationship wasn’t linear. In other words, temperature extremes (hot or cold) tended to reduce participation relative to an “ideal” 75° F day.

“Going from chilly to balmy weather can stimulate more recreation, and our data and models bear that out,” says Steven Dundas, corresponding author of the study and an assistant professor of applied economics at Oregon State. “But increasing temperature when it’s already hot can curtail fishing participation. For example, we estimate participation declines once daily high temperatures reach the mid-90s Fahrenheit.”

The researchers incorporated this data into a simulation model of recreational behavior. They then coupled their estimates with forecasts from 132 general circulation models, each of which predicts future weather under different greenhouse gas reduction scenarios.

“It’s important to note that this decline won’t be evenly spread across states,” von Haefen says. “Cooler areas, such as New England, may see increases in fishing, especially during the ‘shoulder’ seasons – early spring and late autumn. But hotter states, like those in the Southeast and Gulf regions, will experience significant summertime declines that will likely offset those gains.

“In addition, some people who still fish on hot days may shift the time of day when they fish. For example, our results suggest that people fish more in the early mornings and at night to avoid extreme heat.”

The paper, “The Effects of Weather on Recreational Fishing Demand and Adaptation: Implications for a Changing Climate,” is published in the Journal of the Association of Environmental and Resource Economists. The work was done with support from the U.S. Department of Agriculture’s National Institute of Food and Agriculture Hatch Multi-State Project W-4133.