Plant and animal species have been disappearing from our planet at an alarming rate. To address this problem, the federal government signed into law the Endangered Species Act in 1973—and it has been both praised and criticized ever since.

Owing to the high stakes and inherent uncertainty involved, the decision whether to grant the Act’s protections to species is often complex, time-consuming, and resource-intensive. “Today, there are literally hundreds of at-risk species in the queue to be considered for listing under the ESA in the near future,” says CEnREP affiliate Christopher Galik, an associate professor of public administration at NC State University. 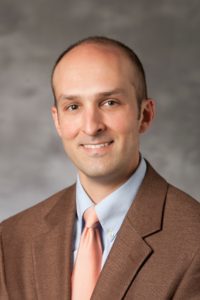 The recognized need to get ahead of this listing load, combined with an increased emphasis on voluntary conservation mechanisms, prompted the U.S. Fish and Wildlife Service to implement a novel ESA prelisting policy in January 2017, after long considering a proposal to do so.

Since the nature of the policy is unique, Galik and his colleague, David McAdams at Duke University, set out to study how much net conservation activity the underlying concept may encourage. Their study was published in March 2017 in the journal Ecological Economics.

The policy is based on an interesting paradox. It encourages landowners to engage in conservation activities for an unlisted species in exchange for mitigation “credits” that can be used or sold to others should the species be listed in the future. However, if the landowners collectively are so good at conserving the species that they actually prevent it from being listed, the credit they would have gotten for their action does not materialize.

Despite the uncertainty of cashing in on the earned conservation credits, Galik points out that some people perceive a benefit in reducing future risk. “A landowner may wish to conserve early to avoid the risk of regulation, or even the need to buy credits from other landowners who did conserve early, should the species eventually be listed,” he explains.

Possible early conservation activities may include habitat restoration with new tree plantings, river bank stabilization to control erosion, or setting aside a portion of land that can never be developed. According to Galik, the general idea of biodiversity offsets and mitigation credits is finding increasing use worldwide, although the ESA-linked prelisting policy is unique to the United States.

In their evaluation, the researchers found that the incentives for greater and earlier conservation efforts are generally too weak to overcome the unpredictability of an ultimate payoff. In other words, most landowners are unlikely to place a high enough value on early conservation to spring into action and more likely to wait until there is greater certainty about the final listing decision. If more landowners postpone conservation action until the last possible minute, the policy may add even more uncertainty to the listing process, which reduces the net benefit of any early conservation activity it spurred.

“The take-home message of our study is that the policy’s inherent uncertainty limits the reach of its underlying market-based mechanism,” Galik says. “We believe that additional incentives, such as offering an early action bonus or restricting activities to only certain windows of eligibility, are needed for the policy to really move the needle on early voluntary conservation efforts.”