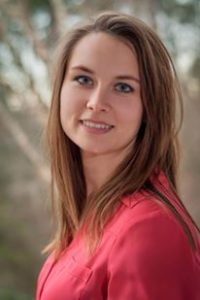 How do you put a price tag on clean air, clean water, and the activities that rely on them? After all, there is no stock exchange for the lakes we swim in, nor a publicly traded market for the air we breathe. However, putting a dollar value on these commodities – and how much we are willing to pay for them – enables us to understand their worth to society. It also gives policymakers a powerful tool for comparing potential trade-offs of different management strategies. Assigning monetary values to environmental goods and services is a challenge that requires economists to use nonmarket valuation methods. By focusing on consumer choices that are closely tied to the environment, economists can infer what people are willing to pay for environmental improvements.

CEnREP student affiliate and Ph.D. candidate Alexandra Naumenko has worked with nonmarket valuation methods to investigate the economics of air and sea. In her doctoral dissertation, presented in October, she applied these methods to tackle research on topics spanning from coastal recreational fishing to the effect of coal plant regulation on housing prices.

Part of Naumenko’s doctoral work examined the value of coastal recreational fishing and how it varies regionally and through time. Using Atlantic and Gulf Coast traveler data from 2004-2016, she found that recreational fishing trips were most valuable in the Southeast (on average, $62 per fishing trip), whereas the Mid-Atlantic and New England regions had the lowest values (on average, $26 and $31, respectively). With the exception of Florida, where fishing trip values peaked during the late spring months, all regions experienced their highest values in the summer or early fall. 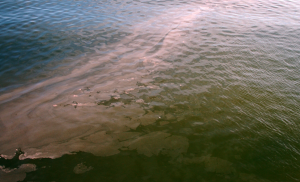 To further investigate coastal recreational fishing values, Naumenko also studied how Karenia brevis (commonly known as “red tide”) algae blooms cost shoreline recreational fishermen in Southwest Florida, where the algal blooms commonly occur during the summer and autumn months. The algae release a toxic chemical into the air that causes respiratory irritation in humans, making coastal areas affected by blooms less appealing for recreational activity. Naumenko’s work found that in four Southwest Florida counties (Sarasota, Lee, Collier, and Manatee), anglers changed the location and timing of their fishing trips due to red tide blooms, and that the average willingness to pay to avoid red tide on a trip was $7.95. Multiplying this average cost by the total number of fishing trips affected by red tide, the total welfare loss to anglers due to red tide events since 2018 is estimated to be more than $229,000. This estimate misses losses associated with canceled trips as well as trips to other Florida counties, but it can nevertheless be helpful to resource managers and local government as they allocate resources to prevent and mitigate the effects of future red tide events. 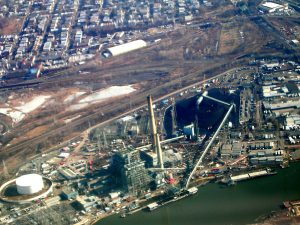 Aerial view of Hudson Generating Station in Jersey City, NJ, with coal-delivery barges in the foreground, prior to the plant’s closure in 2017.

Not only do Naumenko’s nonmarket valuation analyses apply to recreational fishing, but they also extend to the housing market. Using data from ten states in the northeastern U.S., Naumenko examined how the Regional Greenhouse Gas Initiative (RGGI), a cap-and-trade program for carbon dioxide emissions, has impacted the housing market since its implementation in 2009. Her analysis showed that housing prices around coal power plants have been positively affected by the RGGI’s implementation, and she reasons that could be the result of the improved air quality or the expectation of the facility being replaced by cleaner technologies. Through her analysis, Naumenko found that the program increased property values by 3.7% within two miles of RGGI-regulated coal plants, suggesting that targeted greenhouse gas mitigation programs can alleviate some of the stigma that neighborhoods near coal plants experience.

Naumenko’s work fills a gap in economists’ knowledge about spatial and temporal variability of the value of recreational fishing. Additionally, her analyses on the recreational costs of red tide blooms and the impact of coal plant regulation on housing markets shed light on the benefits and costs of new policies, factors worth considering by stakeholders and decision makers.

Naumenko successfully defended her dissertation in October and will graduate with her Ph.D. in December. Her studies will next take her to James Madison University, where she has accepted a tenure-track faculty position in the Economics Department.