Is Wood for Energy Better Than Coal? As CEnREP Affiliate Robert Abt Explains, “It’s Complicated.”

By College of Agriculture and Life Sciences Communication

An increased European demand for turning wood into biofuel has spurred the growth of a wood-pellet industry in the United States. But is this renewable fuel source truly a good way to reduce greenhouse gas emissions? Some experts say yes, and some say no – and both sides can point to research proving their point.

In an analysis published in August in the International Review of Environmental and Resource Economics, CEnREP Affiliate Bob Abt, Carl Alwin Schenck Professor of Forestry in NC State University’s Department of 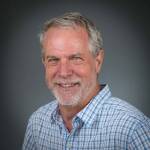 Forestry and Environmental Resources, along with two other leading resource economists – Madhu Khanna from the University of Illinois and Puneet Dwivedi of the University of Georgia — identify key factors that support such widely different conclusions.

“You see stuff coming out saying wood is worse than coal because it’s less efficient. And then you’ll see something saying it’s carbon-neutral because we are just recycling the carbon that’s already in the air,” Abt said.

Carbon emissions occurring when trees are used for energy production look worse than those from coal when analysts make certain assumptions: slow-growing trees, a static land base, no response from markets or management, and short time frames – 20 years ‘til harvest versus 100 years.

Making opposite assumptions supports opposite conclusions. That is, assuming longer time spans, larger landscapes, fast-growing trees, as well as the influence of markets and human behavior supports the story that wood is a better energy alternative than coal, says Abt.

Abt explains that considering economic influences such as supply and demand is especially significant for the Southeast: In these states, about 95 percent of the forestland is privately owned and, therefore, more influenced by market forces than other areas of the country, where most forestland belongs to the government.

“If the price goes up in this landscape, people react to it,” Abt says. “If you increase demand for wood, you might end up with more forestland in the future, and that helps the carbon story.”

The paper doesn’t take a position on who’s right versus who’s wrong in the forest biofuel debate, but rather focuses on making clear why different studies can come to such different conclusions.  An important difference is that some studies ignore how people and markets influence the outcomes. “It’s just complicated, and ignoring economics is not real-world,” he says. “The real world is that what happens to trees depends on markets.”

To learn more, read the abstract.